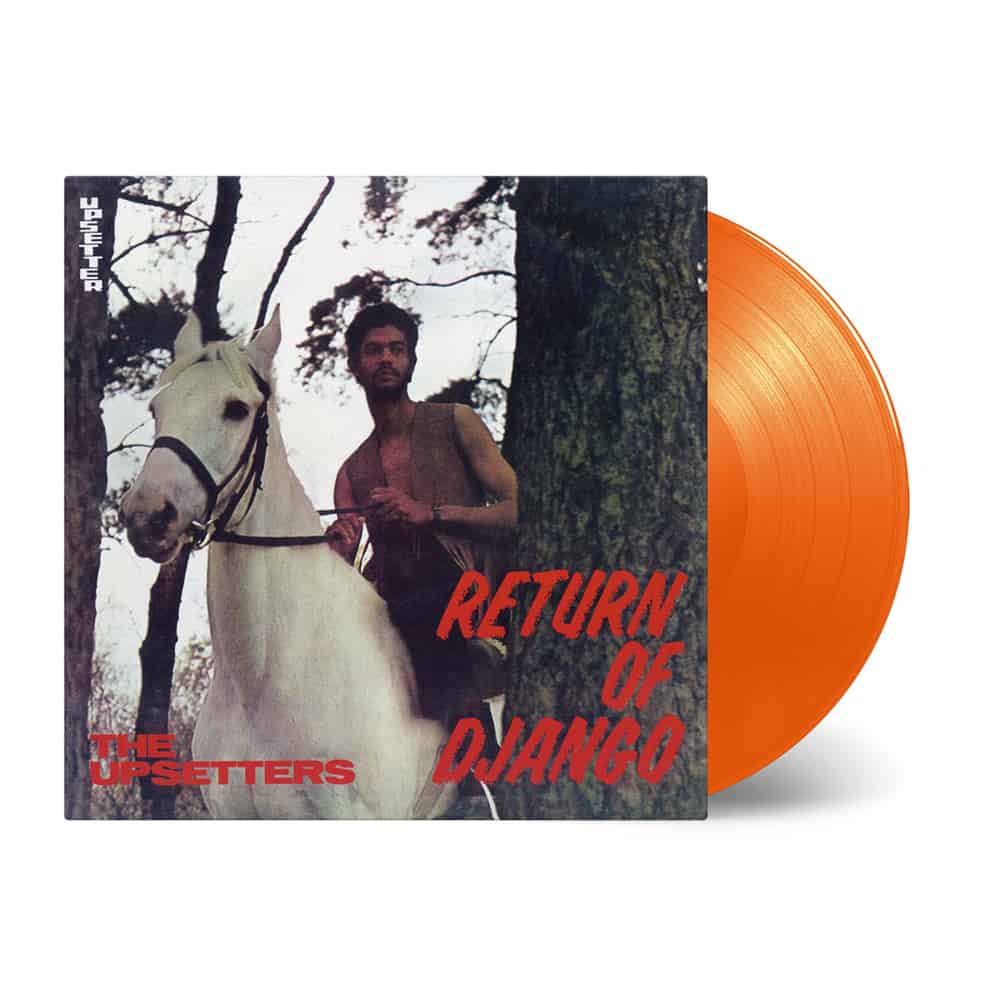 The Return Of Django Orange Vinyl

Lee ‘Scratch’ Perry & The Upsetters’ classic Return of Django. Lee Perry had already been rattling around the Jamaican music scene for about a decade before Return To Django hit the UK charts in 1969. Soon after, Trojan released a hugely popular collection of the producer’s most popular instrumental releases to date, suitably titled after the best-selling single. Annotated by Lee ‘Scratch’ Perry biographer, David Katz, this is a must for all fans of both the producer and vintage reggae sounds.

Lee ‘Scratch’ Perry was a pioneer in the 1970’s development of dub music and worked together with artists such as Bob Marley and the Wailers, The Clash and The Beastie Boys. Nowadays he’s still performing and recording music.