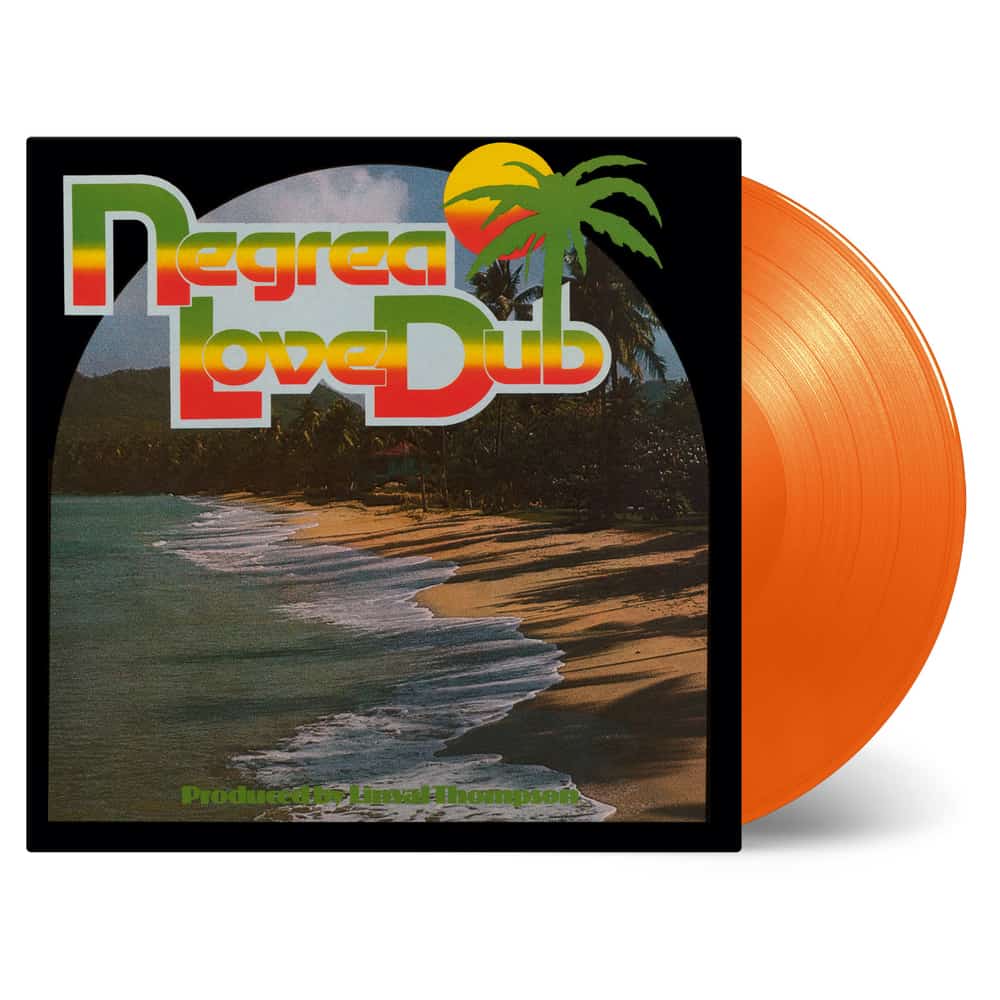 The Jamaican reggae and dub musician Linval Thompson’s career began around the age of 20.

He has done much work to shape the reggae music during the last centuries and collaborated with many of the greats of Jamaican music recording.

Negrea Love Dub is the dub counterpart to his album I Love Marijuana… One of the nation’s best bands, The Revolutionaries, is backing him up. The record includes the tracks “Rock Me In Dub”, “Natty Dread Dub”,  and many more.

This title is available as a limited edition of 750 individually numbered copies on orange coloured vinyl.