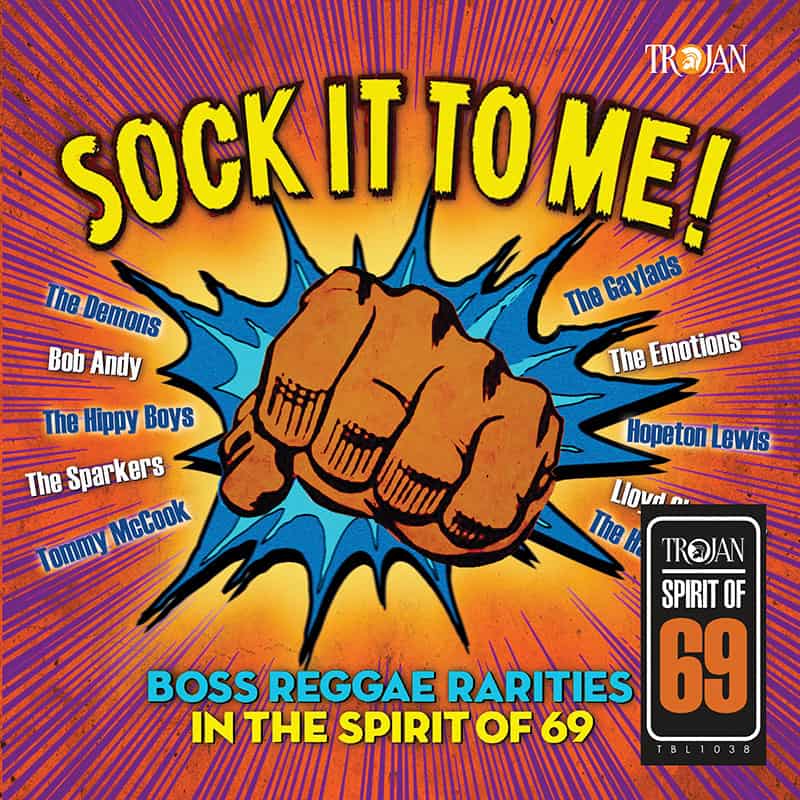 Sock It To Me Vinyl

Forming part of the ‘Spirit of 69’ anniversary campaign, ‘Sock It To Me’ collects a dozen of the rarest and most collectable tracks from the Trojan catalogue, all of which have remained unavailable on vinyl for half a century.

With the demand for original boss reggae sounds from the late 1960s on the rise over the past decade, this stylishly designed collection is sure to attract the growing number of fans of the style.