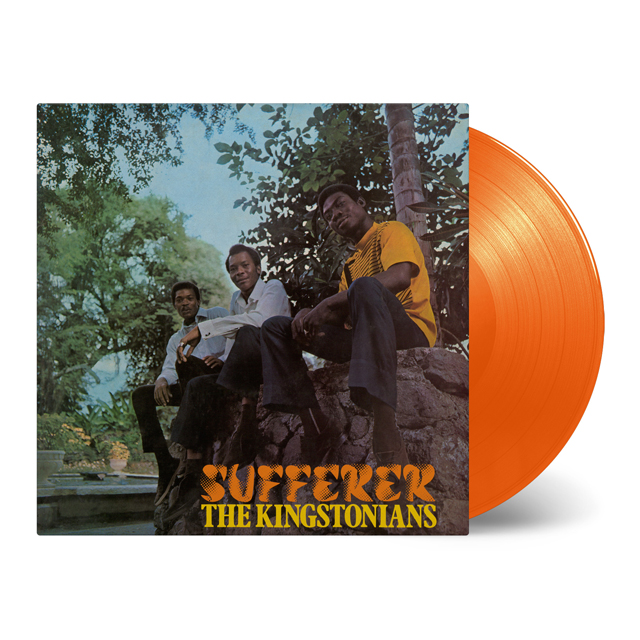 “Sufferer” was one of the classic tunes from the skinhead or boss reggae era of the late sixties, with its popularity, along with a number of subsequent follow-ups, leading to a debut album of the same name by the vocal trio who had burst upon the Jamaican music scene in 1967: The Kingstonians.

Showcasing a dozen of the group’s best known works to date for esteemed Kingston-based producer, Derrick Harriott, the LP features a number of sizable Jamaican hits, including “Singer Man”, “Hold Down”, “Nice Nice”, as well as the best-selling title track.

Soon after its release, the group moved on to work with other Jamaican producers of note, but unable to sustain their popularity, all but disappeared from the local music scene by the late seventies.

Meanwhile, this, their one and only long player, continued to attract interest and today is regarded one of the finest ever vinyl collections of boss reggae sounds, with original copies now highly prized, not to mention, extremely valuable collector’s items.