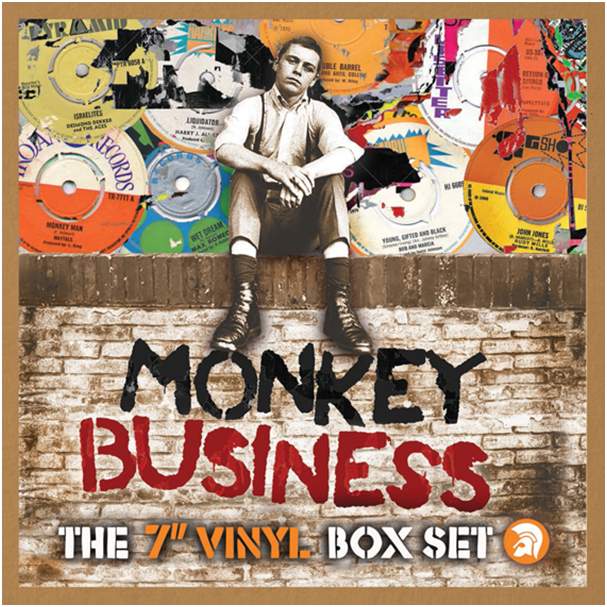 The past few years has seen a significant surge in demand for ‘skinhead’ or ‘boss’ reggae from the late sixties and early seventies.

Last year, in response to this demand, Trojan released an expanded CD version of the classic ‘Monkey Business’ LP, which originally saw issue as a vinyl LP in 1980, at the height of the 2Tone era.

And it is that seminal collection that provides the basis for this set, comprising 20 of the most popular dancefloor fillers from the boss reggae era, performed and produced by some of Jamaica’s greatest talents, spread across ten 7” vinyl singles – the format for which they were originally intended.

All of the records come housed in a ‘Hot Shot’ card sleeve that replicates those manufactured by Trojan during the original era, while the set also includes a attractive card insert, featuring eye-catching imagery and fascinating commentaries on each of the singles.