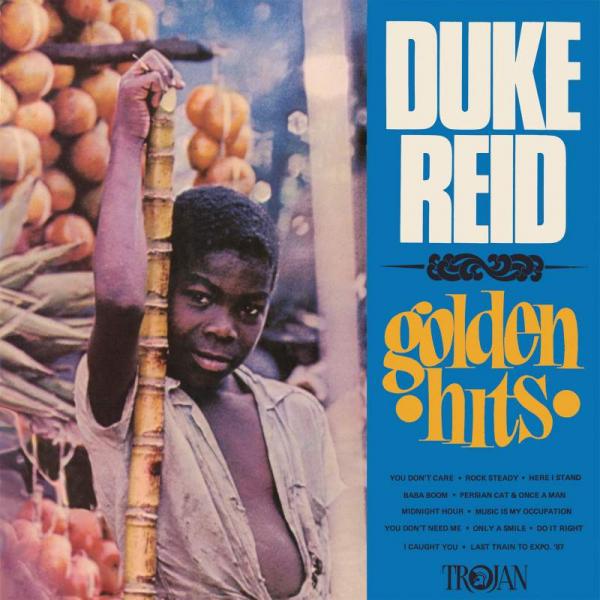 Originally released by Trojan Records in 1969, ‘Duke Reid Golden Hits’ highlights a dozen of the legendary Jamaican producer’s biggest hits of the rock steady era.
Although all of the tracks were already ‘oldies’ by the time the LP saw issue, such was their timeless appeal that the collection became an instant best-seller.
Almost half a century on, the recordings are still widely considered classics of the rock steady sound, yet despite the significance of the collection, this seminal album has remained out of print for decades.
With its re-release, fans can finally acquire a brand new copy once more and at a price well within the budget of most.
Mastered from the original Trojan tapes and pressed on the highest quality vinyl, the album is lovingly presented in a sleeve that faithfully replicates the original artwork, so maintaining the authentic sound and look of the 1969 pressing.
‘Duke Reid Rock Steady’ is a must for both connoisseurs of vintage Jamaican sounds and those casual listeners wanting to hear some of the greatest Jamaican recordings of all time on the format for which they were created.
As with all releases in the Trojan ‘classic albums’ range, the LP will be exhaustively promoted via Trojan’s website, facebook page, twitter, YouTube channel and mailing list, with reviews actively solicited from all the significant periodicals and sites.