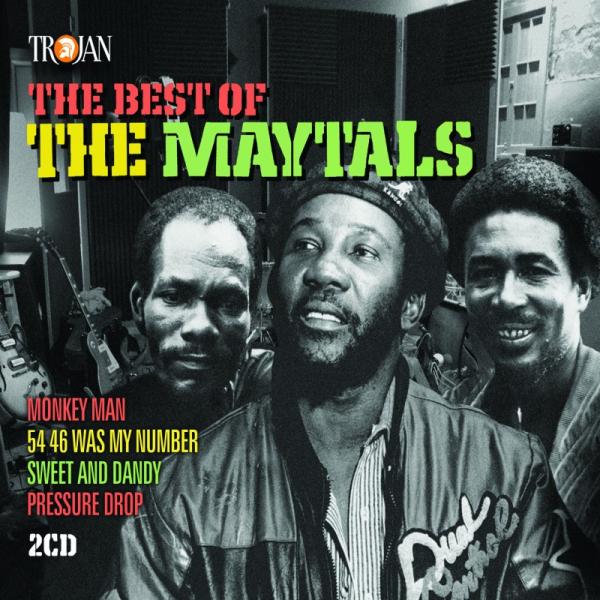 The Maytals have long since been regarded as one of Jamaica's most talented and popular groups. Formed in the early sixties, the trio Frederick 'Toots' Hibbert, Nathaniel 'Gerry' McCarthy and Henry 'Raleigh' Gordon first found fame with a number of best-selling ska singles before signing with Leslie Kong's Beverley's Records late in 1967. The union with Kong proved irresistible and produced a succession of best selling singles, including '54 46 Was My Number', 'Pressure Drop', 'Sweet And Dandy' and their memorable 1969 UK chart entry, 'Monkey Man'. Following the producer's tragic death in 1971, the trio went on to enjoy further international success, although their Beverley's recordings are widely accepted as being their finest. 'Best Of The Maytals' showcases the very best of the trio's work for Kong, including the aforementioned Jamaican hits and numerous other hugely popular recordings. Featuring extensive notes and fascinating imagery, the 2CD set forms part of the newly launched generically designed 'Reggae Legends' series, highlighting some of Jamaica's finest musical talents.