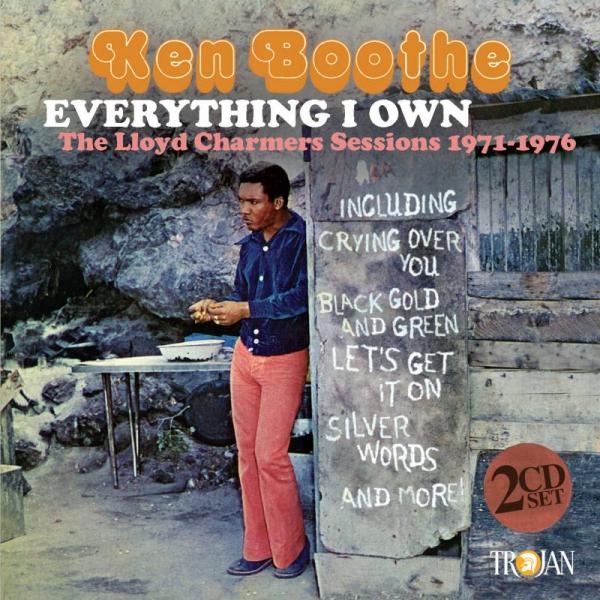 Everything I Own: The Lloyd Charmers Sessions 1971-1976 CD Album

Arguably the finest Jamaican singer of his generation, Ken Boothe’s career has cut a catalogue of ska, rock steady and reggae classics over a period spanning more than half a century.

In the early seventies he began collaborating with celebrated Jamaican producer, Lloyd Charmers, a union that quickly led to Boothe’s international breakthrough: the chart-topping version of ‘Everything I Own’.

The follow-up single, ‘Crying Over You’ also became a top ten single in the UK in 1974 and over the years since, the singer has remained at the forefront of the Jamaican music scene.

‘Everything I Own’ brings together 5 of Ken Boothe’s UK and Jamaican albums (4 of which have never previously seen issue on CD) and in so doing collects almost all but one of his recordings cut under the auspices of Charmers - a body of work widely acknowledged as his finest to date.

•Includes UK number 1, ‘Everything I Own’ and Top 20 follow-up, ‘Crying Over You’
•Many tracks new to CD
•Includes contents of 5 albums, 4 of which have never previously seen issue on CD
•Ken Boothe still regularly touring the globe
•This will release will be sent to specialist reggae publications and radio stations. In addition it will be promoted on the Trojan website, facebook site and twitter and via the Trojan mailing list