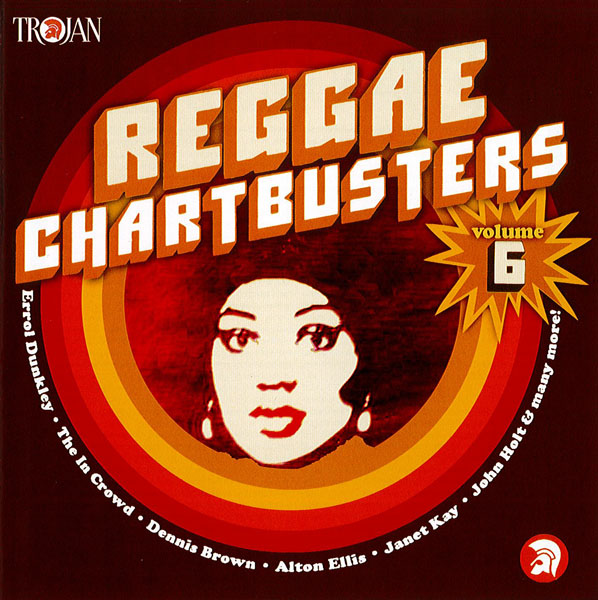 Launched by Trojan late in 1969, the ‘Reggae Chartbusters’ album series swiftly became one of the best-selling lines in the company’s catalogue.

Following the simple, but effective formula of highlighting a dozen of the biggest Reggae hits of the preceding months, the LPs provided a showcase for both Trojan and the new style from Jamaica.

Released annually, each of the albums topped the Reggae album charts, even out-selling the much vaunted ‘Tighten Up’ collections, yet surprisingly the series only ran for three years before being brought to a sudden stop in 1972.

Now, some 40 years since the release of the first ‘Reggae Chartbusters’ LP, the seminal line has been revived, the original trio of releases augmented by another three volumes, each of which highlights the most popular Reggae sounds from a specific period.

Volume One brings together a selection of favourites from the late sixties, when the genre was still in its embryonic stage, while subsequent collections trace the music’s development, covering all styles from ‘Skinhead Reggae’ through to the Roots, Dub and Lovers music of the close of the following decade.

Included among the 120 classic tracks on these 6 CDs are over 40 major UK chart hits, with every major Reggae artist from the sixties and seventies featured along the way. Also included are a number of one-hit wonders, such as Horace Faith, the Hot Shots and Blue Haze and who enjoyed a spectacularly brief moment in the spotlight.

Never previously made available on CD, each collection faithfully retains the style of their respective period, with booklets jam-packed with relevant ephemera and fascinating commentaries, written by original Trojan employee, Rob Bell, recalling the label’s early history and the recordings that established it as the world’s greatest Reggae label.

The series is brought to a close with a score of best-selling tracks from the latter part of the seventies. The transitional nature of this fascinating period in Reggae’s history is reflected in the variety of styles highlighted, from hard-hitting Roots to the romantically-themed Lovers Rock, courtesy of many of the biggest names from each respective genre. As with the other newly created volumes, the clever design perfectly captures the feel of the era, while the accompanying notes and imagery ensure the high quality of the packaging matches that of the music itself.